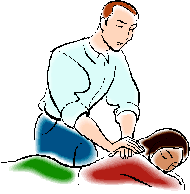 Osteopathy: When to go?

Do you know when you should see an osteopath? This seems like a simple question, but the answer is a little more complex than it seems. First of all osteopathy is not well known. Most people can figure out whether to see a massage therapist, chiropractor or physiotherapist; tight muscles, sore back and rehabilitation, relatively speaking. Osteopathy is complementary to all those professions. Osteopathy deals with sore muscles, back pain as well as nerve issues, digestive discomfort, poor sleep, jaw issues, and so on.

A better question to ask might be, “why do so few people know about osteopathy so they can reap the benefits?” This question is much easier to answer. Osteopathy never caught on in Canada like it did in the United States, United Kingdom, Australia and dozens of other countries. The reason being, Canada only started its first osteopathic school about 25 years ago in Quebec. Early osteopaths (these refer to Canadian osteopaths who traveled to the USA prior to WWII) from Canada travelled to the USA to be educated. Some still do, but it became less feasible to do that after the earlier part of the 20th Century and the numbers are small in number. Many of the early Canadian osteopaths who trained stopped practicing about 20 to 25 years ago. The early profession also became swallowed by the College of Physicians and Surgeons. Today the Canadian trained osteopaths are manual practitioners like osteopaths from the U.K. and can be compared to physiotherapists, chiropractors and massage therapists because they treat with their hands. They are not trained as medical doctors as they are in the United States.  The big difference between osteopathy and the other mentioned professions is that it looks at all aspects of the body and it tries to find the cause rather than treat the symptoms. Osteopaths like to get to the core of the problem.